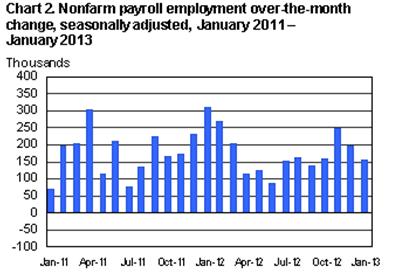 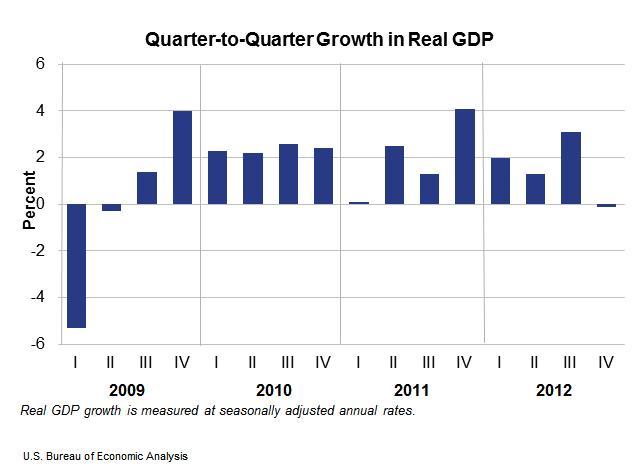 Despite a moderate pick-up in output growth expected for 2013–14, the unemployment rate is set to increase again and the number of unemployed worldwide is projected to rise by 5.1 million in 2013, to more than 202 million in 2013 and by another 3 million in 2014.

As the global economy has gone from crisis to crisis in recent years, the cure has become part of the disease. In an era of zero interest rates and quantitative easing, macroeconomic policy has become unhinged from a tough post-crisis reality. Untested medicine is being used to treat the wrong ailment – and the chronically ill patient continues to be neglected.

The European data chimed with statistics in Japan, where the economy unexpectedly shrank last quarter as falling exports and a business investment slump outweighed improved consumption. GDP fell an annualized 0.4 percent, following a 3.8 percent fall in the previous quarter.

Every year a spate of optimistic stories about the recovery from The Great Recession pour into American homes, offices and automobiles, as businesses and consumers rev up for the annual Season of Spending (and Hopeful Signs).  This season begins with the returns to school in August and September and ends with the post-holiday sales in early January.

Soon after the Season of Spending ends, the optimistic stories begin to disappear as the economists and financial experts to whom writers and commentators in the media turn for information begin to grudgingly acknowledge that all is not well, after all, in the land of beautiful spending.  The Season of Spending fades into memory and the artificially pumped up optimism of American business owners and consumers gives way to disappointment.

The annual cycle of positive and negative economic news is real, as the charts of over-the-month employment changes and quarter-to-quarter real growth in GDP illustrate[1].  But, the annual cycle of hope and disappointment is manufactured by influential economists and financial experts who either willfully ignore the flat trend line that cuts through the multi-year cyclical pattern, or worse, aren’t even aware of it.  Ignore the underlying trend line and every fall time spending spree becomes a new “morning in America.”

Instead of pumping up optimism each fall on the basis of positive economic signals that are demonstrably temporary, economists and financial experts should be pointing out that job growth is not accelerating and explaining why the level of job creation remains well below the level needed to restore full employment and grow incomes.  The trouble is, they can’t explain the trend line because it doesn’t make sense in traditional nation-centric models of employment growth.

The world economy is limping along and recent reports strongly indicate that little improvement will take place over the next couple of years.  GDP growth will be too slow to generate adequate employment growth, so unemployment and underemployment will rise.  In this context it is wishful thinking to suppose that this spring will not bring another round of disappointment about job and income growth in the U.S.

[1] This pattern makes sense given the seasonal pattern of spending by Americans.  The most difficult to resist pressures to spend are concentrated in the last five months of the year, the Season of Spending.  Parents have to pay school fees and buy backpacks, computers, new clothes, and even cars for their children.  During the holiday season, which follows close on the back to school season, spending increases because we all face powerful pressures from family and friends and advertisers, and because many of us have postponed optional spending until the holidays give us dispensation to empty out savings accounts and haul out the credit cards.

Last May I wrote about Coursera — co-founded by the Stanford computer scientists Daphne Koller and Andrew Ng — just after it opened. … When I visited last May, about 300,000 people were taking 38 courses taught by Stanford professors and a few other elite universities. Today, they have 2.4 million students, taking 214 courses from 33 universities, including eight international ones.

The Washington-based bank yesterday projected the world economy will expand 2.4 percent, down from a June forecast of 3 percent, after growing 2.3 percent in 2012. It halved its forecast for Japan, cut the U.S. projection by 0.5 percentage point and predicted a second year of contraction in the euro region. It also lowered projections for emerging markets led by Brazil, India and Mexico.

In recent years, the proportion of high-skill migrants has been rising – from 19 percent in 1980 in the United States, to 26 percent in 2010, for example – as immigrants filled demand that domestic supply alone could not match.

The brutal reality is that insufficient global job creation is the problem.

Flooding the world’s labor force with more and more highly educated and skilled workers will not solve that problem.  It will only expand the population of underemployed and inappropriately-employed college educated workers.

If a shortage of skilled workers really did exist, the world’s global corporations, which are awash in record profits and holding large amounts of cash, would be spending much more on worker training and aggressively lobbying governments to increase investments in higher education.  Instead, it’s only lip service for investments in education and training and, in richer countries like the U.S., lobbying for more visas for the world’s growing supply of skilled workers.

A new governmental approach to job creation is the solution.